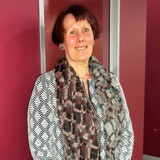 Oops! Another day, another week, another month, another year has somehow slipped by, laments those who don’t plan. Don’t let this be you.

Imagine that someone invites you over for dinner. They want to get to know you better because you’ve clicked. They tell you the name of their suburb but they don’t tell you their address, even though you’ve not been there before and won’t be able to find it without a few clues. What would you think? Would it seem a little strange to you? Of course it is, but no more absurd than not planning for business success.

Failing to plan leaves every member of the organisation in a state of confusion and uncertainty, each wondering what is going on and why everyone else knows what is going on when they certainly don’t. They don’t dare ask because they’re worried about revealing their ignorance.

Being prepared for action If planning is so important to leaders and makes such a difference to organisational success then why do so few do it and why do most of us avoid it like the plague? The answer is simple. It takes time. You have to stop and think. Most of us would rather jump into action straight away because we haven’t been taught how to plan, don’t understand the importance of it or we see no real purpose to doing it.

If we choose to bypass this most important component of success, if we don’t spend time in vision, we’ll end up stuck in the problems and lost in the drama of situations. The result? Not surprisingly, we end up getting more of what we’ve always had. We feel frustrated and blame anything but our own refusal to do what works and works well.

Planning – quality planning – is crucial to organisational success. When planning is prioritised, organisations can thrive. At any given point, you should know exactly where you are with your business development, have a plan for your short-term and long-term goals in your mind and down on paper.

When you’re doing something without a plan you effectively put yourself and other participants in the same situation: in a metaphorical car, preparing to go somewhere and although you know the rough direction, the details are sketchy at best.

As a leader you would be wise to understand that it’s up to you. You can get help, you can delegate, you can have the best people on your team but at the end of the day, it’ll be your head on the plate if you don’t get it right. You are the only one who can change what you don’t like. You need to have the discipline of a monk and be incredibly focused. You won’t be alone if you think planning is just another task to be done but you can change this and know that planning should be as important to you as food is to your survival. If you are not planning to be successful then ultimately you are planning to fail.

This information is from my second book - leadership book called Sex in the Boardroom.

There are no answers for this question yet.